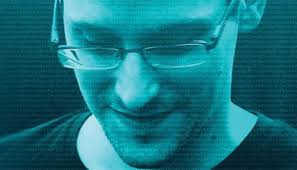 With recent news pertaining to the details of the proposed UK Investigatory Powers Bill, I am now more convinced than ever that governments are schizophrenic when in comes to online privacy. This new bill quickly follows the French government’s approval of ‘intelligence’ legislation which the United Nations Council on Human Rights deemed as “excessively broad” in terms of surveillance powers.

In an effort to quell public outcry with regards to rampant, unregulated data collection by corporations, governments pass stronger data protection and privacy laws. Yet, at the same time they pass intelligence legislation giving themselves greater authority and the ways and means to collect more data about individuals. So they’re essentially granting themselves the same powers they created privacy and data protection legislation to prevent corporations from abusing. But let’s take it a step further and look at how they use these powers.

The normal process for wiretaps is as follows:

1. Obtain evidence of wrongdoing or intent to commit a crime
2. Provide judge with said evidence and seek authorization to monitor phones
3. Obtain explicit approval from a judge and commence wiretapping exercise

The new process for online surveillance:

1. Write laws that allow you to collect information on everyone just in case they do something wrong in the future

With protection of human rights as the underlying principle, intrusive surveillance to this degree is by no means proportionate. It constitutes a total overreach by law enforcement, invariably violating the right to private life and correspondence, and is unlikely to be ‘necessary in a democratic society’. But then we have these individuals who say, “If I am not doing anything wrong, why does it matter if the government collects data related to my landline calls, mobile calls, VOIP calls, emails, instant messages, SMS, social media posts, and photo uploads?” My advice to them is don’t be so quick to give up your rights.

Some facts are less straightforward to deduce. Because the metadata from your cellphone calls typically includes information about the proximity to cell towers, this data creates a virtual map of where you spend your time, who you spend it with, and what you’re doing.

So many people believe strongly in democracy and regularly harp against authoritarian and despotic regimes. But in a democracy, it is essential that the vast majority of power reside with the masses. With the emergence of almost limitless data storage capabilities and powerful data analytics, information is quickly becoming the currency of power. As the ability of the government to collect and store vast amounts of data increases, so does its power. This systematic centralization and strengthening of power is chilling, and not so much for its impact on an individual basis, but more so for its wide-reaching effects on the organization of social and political activity.